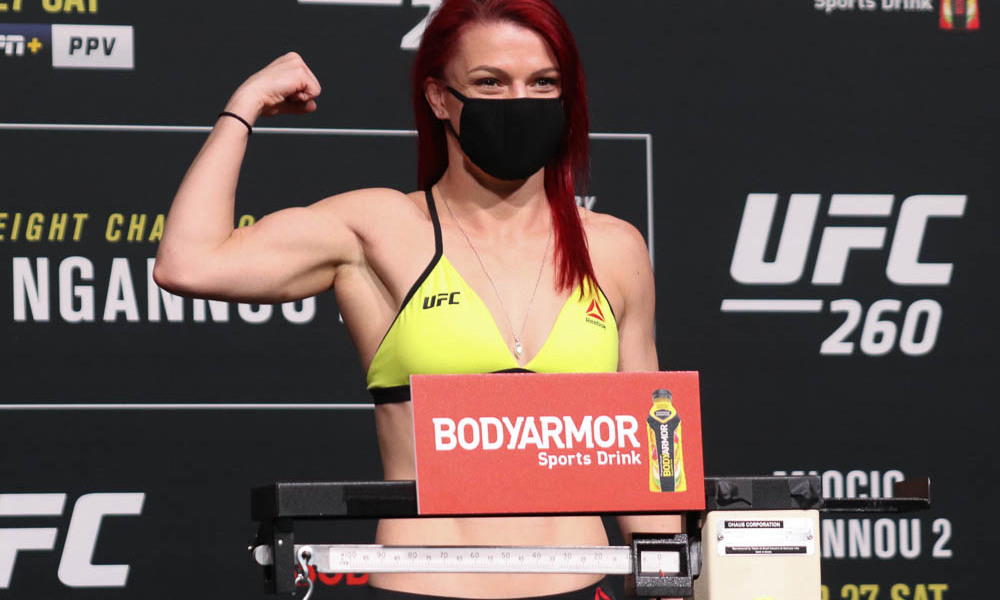 Article From: mmajunkie.usatoday.com
Published on: MAY 11, 2021

Gillian Robertson and Misha Cirkunov will have to remain out until they receive resolution on the status of their infractions in Nevada.

The two UFC fighters had their temporary suspensions extended by the Nevada Athletic Comission on Wednesday after they tested positive for carboxy-THC, the psychoactive ingredient in cannabis, in connection with their March bouts in Las Vegas. Both suspensions will hold up until a full disciplinary hearing at the next NAC meeting expected to take place in June.

Both Robertson and Cirkunov will not receive punishment from the U.S. Anti-Doping Agency, the UFC’s anti-doping partner, as the organization eliminated marijuana from their violations policy.

View the full article at mmajunkie.usatoday.com

Cannadish: Do It Yourself Cannabis Eats and Beauty Simply Done.