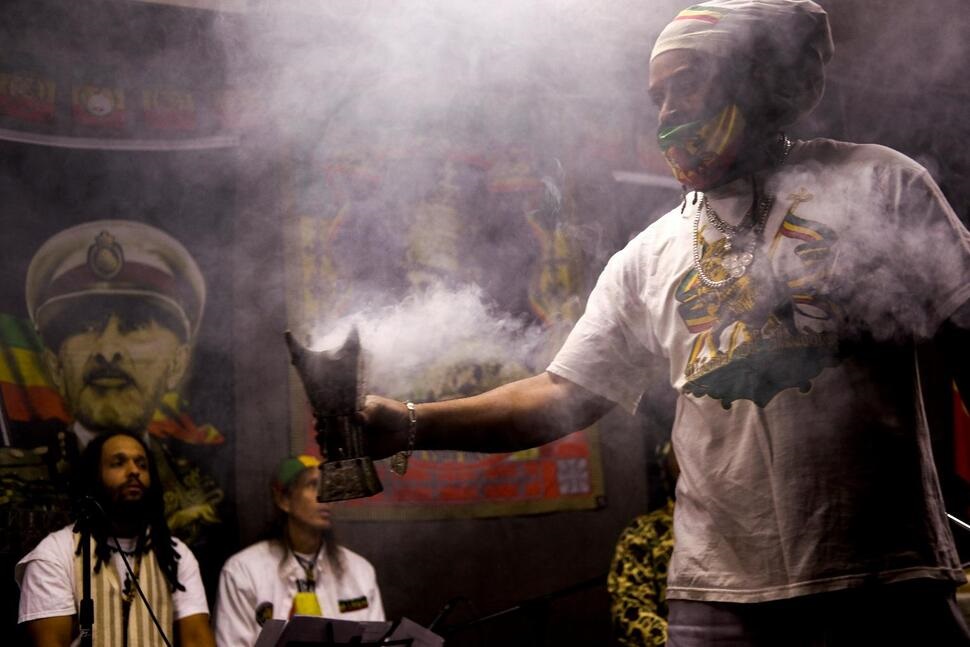 Mosiyah Tafari banged on drums and chanted psalms with other Rastafari in a ballroom where the smoke of frankincense mixed with the fragrant smell of marijuana — which his faith deems sacred.

The ceremony in Columbus, Ohio marked the 91st anniversary of the coronation of the late Ethiopian Emperor Haile Selassie I, whom Rastafari worship as their savior. For hours, the group played traditional Nyabinghi music on their most important holy day.

“Cannabis is something that puts you in contact with the spiritual aspect of life in the physical body,” said Tafari, a member of the Columbus-based Rastafari Coalition, which organized the event.

“It’s important for Rastafari because we follow the traditions of the Scriptures and we see that cannabis is good.”

For Rastafari, the ritualistic smoking of marijuana brings them closer to the divine. But for decades, many have been incarcerated because of their use of cannabis. As public opinion and policy continues to shift in the U.S. and across the world toward legalization of the drug for both medical and recreational purposes, Rastafari are clamoring for broader relaxation to curtail persecution and ensure freedom of worship.

“In this system, they’re very focused on, ‘Oh, we can make a lot of money, we can sell these medicinal cards, we can sell this ganja,’ but what of the people who have been persecuted? What of the people who have been sent to jail, imprisoned, even killed,” said Ras Nyah, a music producer from the U.S. Virgin Islands and a Rastafari Coalition member.

View the full article at usnews.com

How the Coronavirus Crisis is Reshaping the Cannabis Industry for the Long Term.