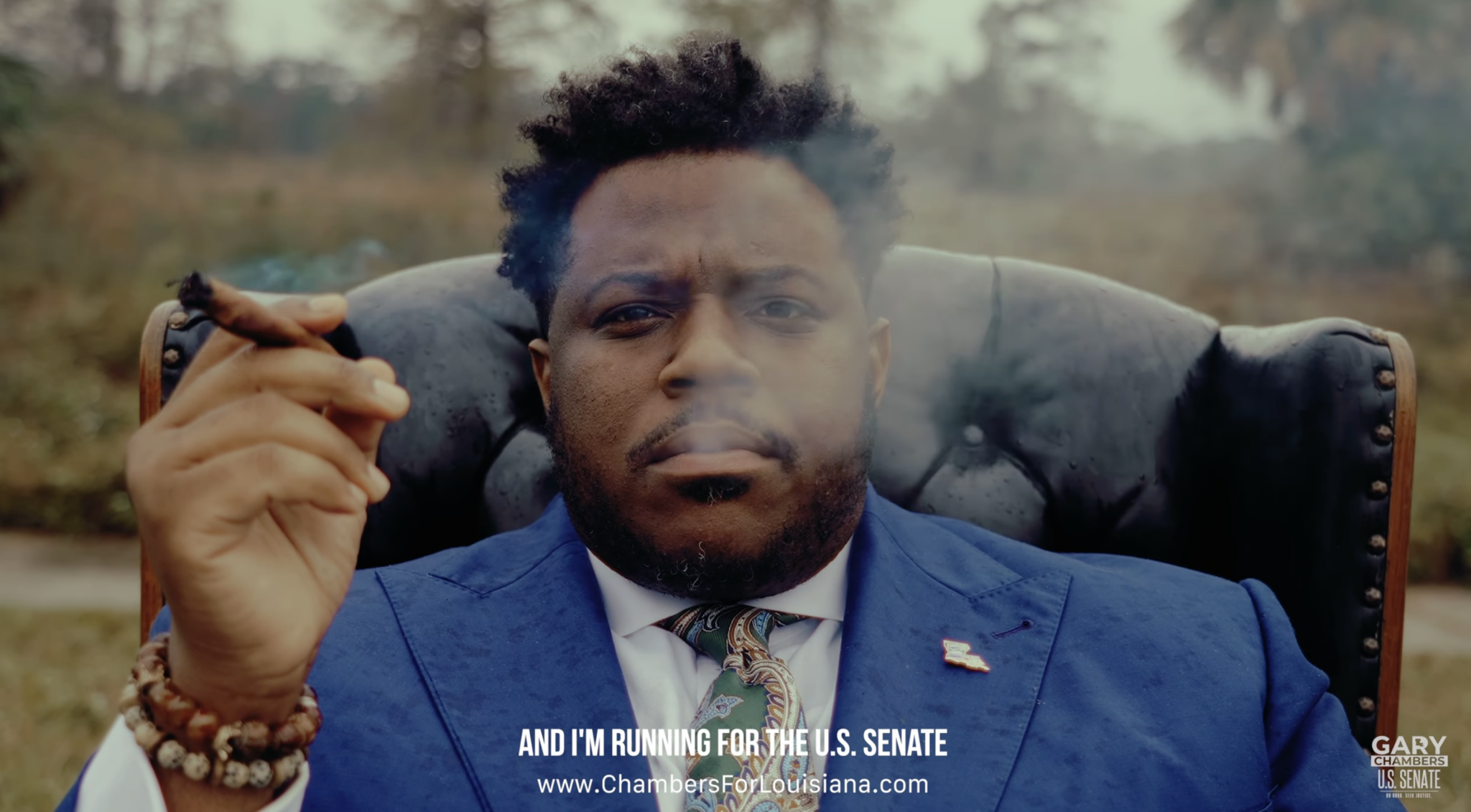 A candidate seeking to represent Louisiana in the U.S. Senate released a campaign ad on Tuesday that puts marijuana front and center. Democrat Gary Chambers sits in an armchair in a field smoking a cannabis blunt and lists statistics about the harms of criminalization.

The ad is titled “37 Seconds,” a reference to a research finding that police in the U.S. make a marijuana-related arrest every 37 seconds on average.

“Black people are four times more likely to be arrested for marijuana laws than white people,” Chambers says. “States waste $3.7 billion enforcing marijuana laws every year. Most of the people police are arresting aren’t dealers, but rather people with small amounts of pot, just like me.”