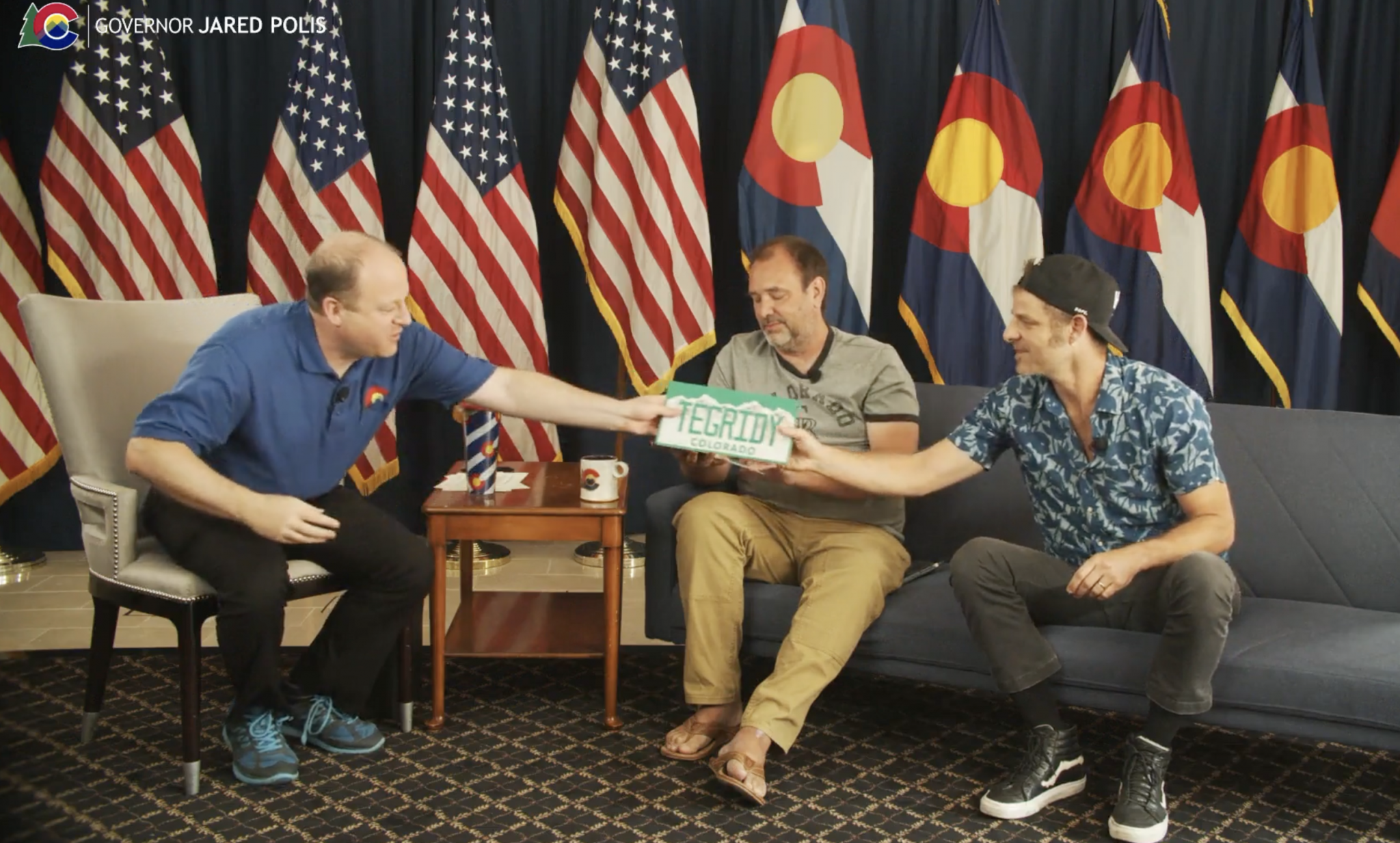 Article From: marijuanamoment.net
Published on: AUG 13, 2021

The governor of Colorado on Friday presented the creators of South Park with souvenir license plates that pay homage to the fictional marijuana company Tegridy Farms that’s featured in multiple episodes of the comedy series. And he said one of the show’s most popular stoner characters would make a good mascot for the state.

Gov. Jared Polis (D) met with South Park creators Trey Parker and Matt Stone to celebrate the 24th anniversary of the show, which takes place in a fictionalized Colorado city. He handed them each ceremonial plates that are based on an actual one that was auctioned off as part of a cannabis-themed charity that the state launched in April.

Residents were able to bid on vanity plates with terms like “BONG,” “GANJA,” “GOTWAX,” “HEMP” and “ISIT420.” The purpose of the auction was to raise money for a state disability fund.

Polis said the “TEGRIDY” plate “was one of the highest-selling” items, with “$5,000 raised for charity.” The only other one that went for more was “ISIT420,” he said.